Hey, I'm Scottie, and these are my books. check them out. 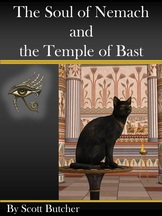 This is the second book in the soul of Nemach series

Before America's official entry into World War 2, a battle had already begun in Hollywood. Months ahead of the filming of Casablanca, the ancient soul of Nemach struggles to keep his descendant, Humphrey, from assassination by the Nazis.

To add to his troubles, the gods continuously throw Nemach's Ka back to ancient Egypt, forcing him to relive a part of his life he would rather have forgotten. But why? Somewhere in that long ago past there is something he must remember, something that may help him save Humphrey. 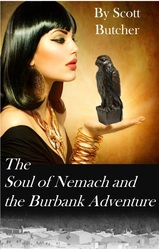 This is the First book in the soul of Nemach series

Welcome to the steamy underbelly of the 1941 Warner Bros. studios. Europe is at war, and at the Burbank studios Nazi infiltrators are setting the stage for the eventual domination of America by the Third Reich. One... er... spirit... wafts in their way, the Ka of Nemach - the cursed, oversexed administrator of Thutmose the III.

In the tradition of film Noir (that means it's set in the 1940s) or hardboiled (that means it deals with steamy stuff) Mystery -Suspense. This one is not for kids. 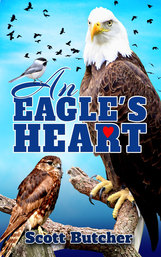 Set in the northern wilds, An Eagle's Heart is the tale of a falcon, A chickadee, a robin, The Eagles and the crows. It is also the story of an old man and his family, and how the cope with the darkest of times.

An Eagle’s Heart is an adventure story for those who are young at heart, but Would also be suited to upper  middle grade readers. 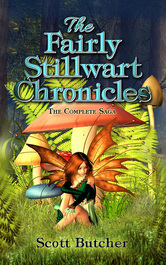 The Fairly Stillwart Chronicles contains six short stories about the life of Stillwart, the pixie. She grows up in the Great Southern Land, in a community of fairies and is the only one of her kind.